Matt is a ball of insatiable energy that reminds us all why we love life. Born a month early on January 19th 1968 in British Columbia, Canada, he’s been running with a spirit for life and people ever since.

Matt’s acting career launched at age 13 with a role standing next to his childhood crush, Lindsey Wagner, TV’s Bionic Woman. After years of preparation on the cul de sac stages of his youth, he got his shot.

30 years later, he has an extensive resume that spans film, television and voice over work around the world.

Some of his most memorable roles have been in films like: Shanghai Knights, playing Jackie Chan’s deputy, Titanic-the mini-series with pal Berry Pepper. Using his love of athletics, Matt jumped into the role (and suit) as everyone’s favorite Turtle in the half shell, “Raphael”, in Teenage Mutant Ninja Turtles III. As well as, Steven Spielberg produced mini series “Taken”, playing whacked out Vietnam Vet, “Willy”. 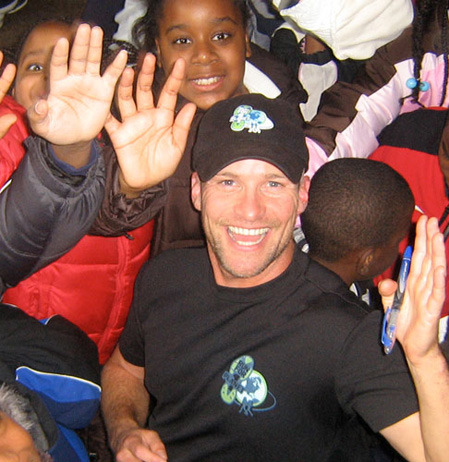